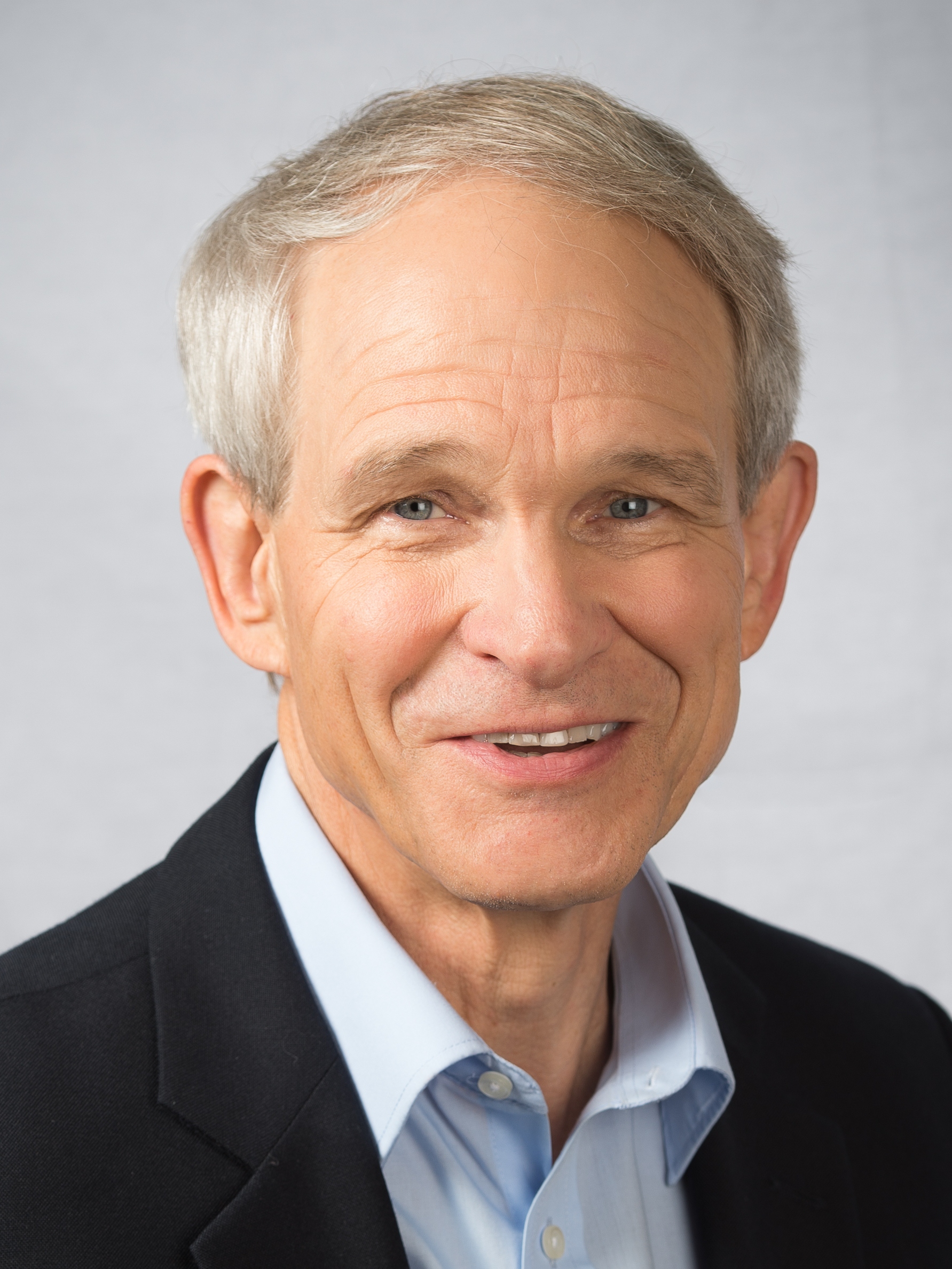 Until his retirement in 2015, David (Dave) Laverne Toycen spent 19 years as President and CEO of World Vision Canada, a Christian relief, development and advocacy organization. In total, he worked for various World Vision national offices worldwide for 42 years, joining the Canadian office in Mississauga, Ontario in 1988 as Vice President of Donor Development. It is conservatively estimated that under his leadership, donations increased ten-fold, and more than $4 billion was raised to assist some of the world’s most vulnerable children, families and communities.

Born in 1947 [1] at Eau Claire, Wisconsin, Toycen was raised on a dairy farm by Christian parents, Laverne [2] and Elaine Toycen. [3] The family attended an Assemblies of God church. In high school, he excelled in athletics, student government, debate and academics.

After graduation, he studied philosophy at Lawrence University, Wisconsin before pursuing a master’s degree in divinity at Fuller Theological Seminary, California. It was during the 1973 summer break at Fuller that Toycen first worked for World Vision, as an audiovisual programmer at World Vision U.S.A in Monrovia, California.

“It was a summer job that became a calling,” Toycen said in an interview. [4]  “Within three or four weeks, I felt immediately that this is what God wanted me to do.” It was, in fact, a calling that would lead to his influence being felt upon every continent. Meanwhile, World Vision reciprocated Toycen’s interest, providing part-time employment for the duration of his time at Fuller.

It was also in 1973, that Toycen met the former Diane Hood, on staff at the All Saints Episcopal Church he attended. By November they were engaged, and the following March, were married. [5]

Upon graduating from Fuller, Toycen entered full time service with World Vision U.S.A, spending the next five years at the head office in various positions, which culminated in a position as Media Director. In 1978, following the formation of World Vision International, Toycen became the Manager of International Communications.

In 1982, he joined World Vision Australia in Melbourne as Director of Communications. There was no sharp line between communications and fundraising: the purpose of communication was to build support for World Vision’s operations. Toycen describes working in the Australian office as a “life-changing experience in a different country with a great opportunity to flourish, meet new challenges and work with a great team.” [6]

Certainly, it was fruitful for the organization. Toycen made a significant contribution in developing television fundraising that engaged Australians and increased child sponsorship roughly 15-20 percent per year.

Sensing that he had completed his assignment and developed a staff member to take his place, Dave and Diane looked for opportunities elsewhere. Toycen’s success in Australia had already attracted attention in Canada.  Leaders at World Vision Canada saw similar opportunities for growth and in 1988, he was appointed Vice President of Donor Development.

Toycen followed a three-point strategy to boost performance in the Canadian office.

First, he organized his management team to expand and improve the child sponsorship program by restoring the relationship between individual sponsors to individual children, rather than generic representative children. Second, the team overhauled the 30 Hour Famine, so appreciated by church youth groups, and finally, expanded the base of operation by working with non-Christian groups, schools and individuals.

In 1994 Toycen was named Executive Vice President and in 1996, when Don Scott, then President and CEO of World Vision Canada, announced his retirement, Toycen, after a selection process, gladly stepped into the role.

At this point, it was a matter of staying the course. Toycen’s methods had already demonstrated their worth; it was, as he recalled later, “a matter of keeping one’s eye on the things that really matter.” [8]

He recalls, “We had a very strong team, and tremendous passion. We were doing TV fundraising and direct mail. For many years, we were seen as leaders in what we were doing. Not necessarily unique, but very focused and willing to make significant investments in reaching the public.  In our culture, people expect to be served and challenged.  We also took the view that you didn’t have to be a Christian to sponsor a child, or to respond to an emergency. This opened all of Canada to us.” [9]

“I was humbled by the growth and change over my years of leadership.  Our income had grown significantly, our program work overseas had gained in impact and our advocacy work on behalf of the rights of children was widely respected. I’m especially grateful that our relationships embraced all of the various Christian denominations as well as participation by Canadians of other faiths as well.  In the midst of this, our Christian identity and commitments remained strong and robust.”

Toycen’s work has not gone unrecognized. Three prominent centres of Christian learning have awarded him honorary doctorates: [10]  Toronto’s Tyndale University College and Seminary, Wycliffe College at the University of Toronto, and the Church Divinity School of the Pacific in Berkeley, California.

He and Diane live in Mississauga, Ontario and remain active with Trinity Anglican Church. They have two children and four grandchildren. 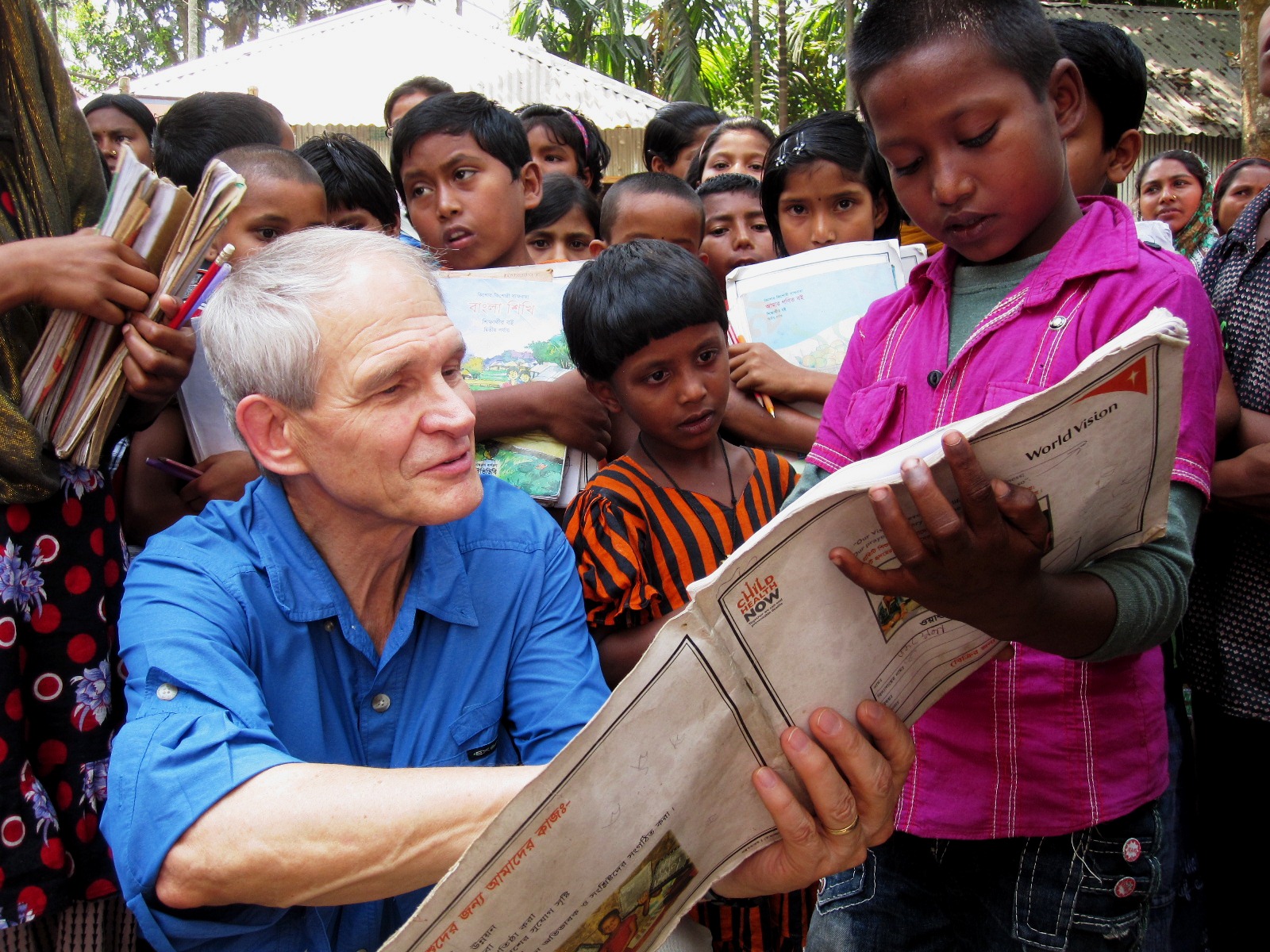 Dave Toycen has been called a ‘life-changer.’ [12]  Certainly, since his student activism against the Indochina conflict in the 60’s and 70’s, he has had a long history as a justice advocate.

For example, his book, The Power of Generosity, offers readers in prosperous, consumer-driven North America a counter-cultural challenge – to become cheerful and generous givers.

As part of the World Vision federation, he led the organization beyond relief and development into policy development, advocacy and interfaith relations.

Toycen’s intensely relational style therefore emphasized team-building and a supportive environment where individuals were appreciated and nourished. Fittingly, under his leadership, and even afterwards, World Vision Canada is regularly identified as one of Canada’s Top 100 Employers.

However, given the nature of its work, World Vision Canada also required the rare ability to see the struggles felt around the world, while at the same time, working to create a better tomorrow. This was Toycen’s unique gift. Believing that a charity must put a human face on what it does, he from the start intentionally placed himself in some of the worst circumstances of the last 40 years – situations such as the epicenter of the Rwanda massacres of 1994, the 1984 famine of Ethiopia or the global HIV/AIDS pandemic.

Anybody leading from the front in this way risks finding themselves surrounded by overwhelming need and the challenge of determining the way forward to make a difference, always with children as the first priority.

But as dangerous and challenging as it can be, Toycen believed late twentieth-century North American culture left global Christian charities no option but to go on location to where children and families were struggling.

“Once, people gave to the church, to charities, because there was a consensus that this was an authentic expression of Christian faith. However, as the culture is separating from its Christian base, there is no longer this spiritual drive. It has become necessary to touch people’s hearts, to make them imagine what it’s like to be in somebody else’s situation.”

This led to deep and effective personal involvement by World Vision Canada leadership in the crises of the day. Hardly a famine or catastrophe takes place that World Vision does not within 24 hours issue an appeal. Often Toycen was on location.

Throughout his tenure, such techniques would prove critical to the organization’s growing capacity to help more people.

Toycen lost count of the number of countries he visited. “I always found it nourishing and life changing to be with the children and families overseas,” he says. “So did our staff.”

It is a measure of the public respect for World Vision Canada that by the time he retired, individual child sponsorships accounted for two-thirds of World Vision Canada’s income, followed by gifts-in-kind. Government development assistance was third and growing.  This included programs such as the Harper government’s ‘ Maternal, Newborn and Child Health’ Initiative. [13] World Vision Canada is non-partisan, but for Toycen, dramatically reducing child mortality rates is a career highlight.  He is delighted that the current Trudeau government is continuing to fund this Initiative.

Toycen’s experiences deepened his faith in some areas, but also mellowed him in others. [14]

“After forty years, I am less judgmental and leave more room for grace. Judgment is God’s issue, not mine. But it doesn’t mean I’m any less keen to see people come to Christ. My devotional life has been critical– prayer, scripture and regular participation in my local Christian church.” Toycen says the years have made him more aware of life’s complexities, something that has led to World Vision cooperating with other religious groups in relief and development efforts.

“We have worked together with people of other faiths. They want the same things we want, peace and a future for their children. It’s left me a lot more humble, and with greater confidence than ever in God and the commitment of people to help make a difference.”

[2] The GM dealership that LaVerne Toycen also owned, remains in the Toycen family.

[3] Dedication in his book, The Power of Generosity. Harper Collins, 2004.

[4] With the Whig Standard, Kingston, Ontario.

The Power of Generosity: How to transform yourself and your world. Dave Toycen, 2004.