Oswald J. Smith was born in November, 1889. He spent part of his childhood assisting his father at the Embro Station train depot near London, Ontario. His most sobering responsibility was to light the semaphore signal lamps about a half mile east and west of the train station. Using coal oil lamps, he lit the signals and hoisted them by pulley to the top of their poles. This frail, unassuming, often sickly youngster would eventually carry the light of the gospel to the world and inspire generations in the cause of global missions.

In 1906, at sixteen years of age, Smith was converted in a service conducted by R. A. Torrey at Toronto’s Massey Hall. Torrey would become the successor to evangelist Dwight L. Moody. and Smith would stand in Massey Hall twenty-two years later and launch The Peoples Church. Smith had heard of Torrey’s services from the conversations of travellers at Embro Station. A Toronto newspaper printed Torrey’s sermons and Smith read them and convinced his father to allow him to miss a day of school to attend services with his brother, Ernie.

Smith and his brother arrived at a special “men and boys only” session on the final day of the meetings. Torrey spoke from Isaiah 53. reading it with a personal emphasis: He was wounded for [my] transgressions, he was bruised for [my] iniquities, the chastisement of [my] peace was upon him; and with his stripes [I am] healed. Then the revivalist began his appeal to the audience: “All those men over twenty, who want to be saved, come forward.” When next he called for “all those between sixteen and twenty.” Smith and his brother went forward, shook hands with Torrey and entered an Inquiry Room. Smith later related, “As I opened my heart to the Saviour, asking Him to be my sin-bearer, my substitute, I felt no great change, no wonderful experience, but I trusted Christ Jesus and from then on I experienced sweet peace.”

Over the ensuing years, Smith pursued a career in overseas missions. Several mission boards turned him down because they were concerned about his health and questioned his ability to handle the strenuous labour associated with missionary life. Smith was disappointed but not distracted from his vision of reaching people for Jesus Christ. Failing to obtain a field posting, he received ministerial training at London Bible College. now Ontario Bible College in London, Ontario and at the Presbyterian McCormick Theological Seminary in Chicago. A broken marriage engagement in 1914 was perhaps the most emotionally devastating event Smith faced as a ministerial student. However, amid despair he wrote some of his most memorable poetry, focusing explicitly on the need for intimacy with God.

Following his theological studies. Smith met and later married Daisy Billings, who like Smith, was a serious-minded Christian. In the early to mid-1920s. Smith pastored several local churches in the Toronto area and briefly pastored a Christian and Missionary Alliance Church in Los Angeles in 1927.

In 1928, Smith returned to Toronto with a desire to start a church that would reach people for Christ and collect funds to support missionaries. In September 1928, he stepped on stage at Massey Hall before two thousand people who had gathered with him to start The Peoples Church. A few months earlier, Smith had articulated his vision: “I carry the burden of a Missionary-Evangelist. I must have a headquarters. I want to travel to foreign fields to get the vision firsthand and then return to broadcast the need and stir hearts all over the country on behalf of missionary projects. Only this will bring into use every talent and gift God has given me.” 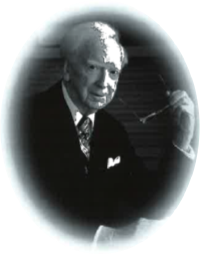 From its beginning, Peoples was big. Smith drew impressive crowds to morning and evening services. He captivated audiences with messages on evangelism, missions, and the deeper life. He also invited some of the world’s most distinguished evangelical preachers to Toronto to speak at Peoples. This caused attendance to swell and compelled Smith to find a larger location. In 1934, Peoples purchased a large Methodist church at 100 Bloor Street in downtown Toronto. Through the years, thousands professed their faith at the Bloor Street location.

Smith, meanwhile, wrote profusely, eventually authoring thirty-five Books, which would be translated into 125 languages and sell over six million copies worldwide. He composed over one thousand hymns and poems, including “The Song of the Soul Set Free” and “Alone with Thee.” He also spoke in seventy countries. In addition, he developed and refined the “faith promise” offering – an approach to raising money for missions that involves trusting God for a certain amount of money each month that is, in turn, given to the church missionary fund – not only giving it its name but also witnessing its use in thousands of churches around the world.

Smith became a respected missionary statesman. He was in great demand and would spend months away from The Peoples Church travelling to mission fields to preach and motivate. When he returned, he would tell his church of his adventures, acquainting it with needs globally and raising millions of dollars for missionary causes. He was known for such memorable quotations as, “You must go, or send a substitute; no attack, no defense”; and “Why should anyone hear the gospel twice before everyone has heard it once?”

Oswald J. Smith died in January 1986. Just prior to his death, he said, “there is something within me calling, ever calling. I am restless, like a hunter’s dog on the leash, straining to get away. It is that irresistible ‘must go.’ The divine fire burns within my heart.”

Dr. Billy Graham conducted Smith’s memorial service before an overflow audience in The Peoples Church auditorium. Graham eulogized his friend: “The name, Oswald J. Smith, symbolizes worldwide evangelism. Some men are called to minister the gospel in a city, others to a nation; and a few in each century to the whole world. Oswald J. Smith was a prophet to the nations of the world. He will go down in history as the greatest combination pastor, hymn writer, missionary statesman and evangelist of our lime. He was the most remarkable man I have ever met.”