When George Grant arrived at Oxford in October 1939 as the Rhodes Scholar from Queen’s University in Kingston, it was his plan to study law and to then return to Canada to work as a constitutional lawyer. Such a career would have coincided perfectly with his mother’s ambitions for him. His two grandfathers, Principal George Monro Grant of Queen’s and Sir George Parkin, had both risen far in the world. And his father was the principal of Upper Canada College, a prestigious private boys school in Toronto, where, indeed, young George was born in 1918 and where he attended as a student.

At Oxford, Grant encountered a group of pacifists, with whom he trained for a volunteer ambulance unit. He then served as an Air Raid Precautions warden in Bermondsey, a heavily bombed, working-class district in London. The experience tore at his soul. Although he was already showing great physical and moral courage in the face of German bombing, his family was urging him to do his duty for king and country by joining the armed forces.

In 1941, Grant joined the merchant marine. However, when the medical examination revealed a tubercular lesion, he panicked and fled to the countryside outside Oxford, where he worked as a farm labourer. A few days after the Japanese attack on Pearl Harbor, Grant was riding his bicycle down a country lane. Dawn was breaking when he dismounted to open a gate across the road. By the time he had passed through the gate, he understood, then and forever, that God was. As he explained to his mother: “It is not a journey that one could call up or down; it is merely to a different plane of existence. Spiritually, it has been so far that it is as if it wasn’t the same person who started out. Just recently,” he wrote, “I feel as if I had been born again.”

Emotionally and physically exhausted, Grant returned to Toronto, where he worked for the Canadian Association for Adult Education. After the war, he returned to Oxford and studied theology. He was determined to understand the meaning of the truth that he had experienced on that early December morning.

Career in Philosophical and Religious Education

In 1947, Grant accepted a position at Dalhousie University to teach philosophy, and by 1951 he was discovering just how difficult it was to be a Christian in the increasingly secular atmosphere of Canadian universities. He began a report on the state of philosophy in the country’s English-speaking universities with the provocative claim that “the study of philosophy is the analysis of the traditions of our society and the judgement of those traditions against our varying intuitions of the Perfection of God.” Grant’s article offended many of the most powerful academic philosophers in central Canada, and he feared that he had irreparably harmed his chances of ever teaching at an Ontario university.

However, in 1960 he was offered the chance to become the chairman of the philosophy department at Toronto’s York University. But when he discovered that he was required to use a particular textbook in the first-year course, he resigned: “I could hardly be expected to use a textbook which misrepresents the religion of my allegiance.” It was a brave act for a middle-aged Anglican with six children and no immediate job prospects.

The next year, he secured a place in the newly founded Department of Religion at McMaster University in Hamilton, and it was there that he taught during his years of increasing fame. Although his first important book, Philosophy in the Mass Age (1959), had brought him national attention, it was his brilliant philosophic and political polemic Lament for a Nation (1965) that made him one of the leading intellectual figures of the 1960s and 1970s. The work predicted the eventual disappearance of Canada as a sovereign nation, but he was nonetheless acknowledged by Canadian nationalists of both the left and the right as a major influence in their fight against American control over Canadian industry, culture, and politics. 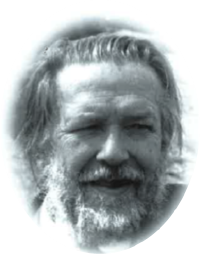 For Grant, however, the political aspect of Lament was secondary to its spiritual message. “Beyond courage, it is also possible to live in the ancient faith, which asserts that changes in the world, even if they are recognized more as a loss than a gain, take place within an eternal order that is not affected by their taking place.”

In works such as Technology and Empire (1969) and English-Speaking Justice (1971), Grant sought to understand the forces at work in the world. Technology, he increasingly came to understand, had transformed nature. “My particular function in the midst of what seems to me the evident fall of western Christianity is to try to understand just a small amount of what was at fault in this particular manifestation of Christianity, so that one plays a minute part in something that will take centuries – namely the rediscovery of authoritative Christianity … it has been given the truth in a way no other religion has.” Grant’s last collection of essays, Technology and Justice (1986), showed the influence of the French philosopher and mystic Simone Weil. Grant considered Weil a saint and a philosopher of the highest order. Grant concluded that “faith is the experience that the intellect is enlightened by love.”

After his retirement in 1984, Grant often wrote – with his wife, Sheila – on behalf of the Right-to-Life movement. “If tyranny is to come in North America, it will come cosily and on cat’s feet. It will come with the denial of the rights of the unborn and the aged. In fact, it will come to all those who cannot defend themselves.” After Canada’s highest court struck down criminal code restrictions limiting abortion, Grant denounced the decision on the CBC: “The Supreme Court decision on abortion fills me with terrible sadness at what lies ahead for our country – an increase in the mass killing of the weakest members of our species.”

When Grant passed away in 1988, he had just begun an attempt to refute German philosopher Martin Heidegger’s attack on Christianity and Platonism. Grant is buried in the simple churchyard of Terence Bay, Nova Scotia. His headstone reads: “George Parkin Grant, 1918-1988, Out of the Shadows and Imaginings into the Truth.”