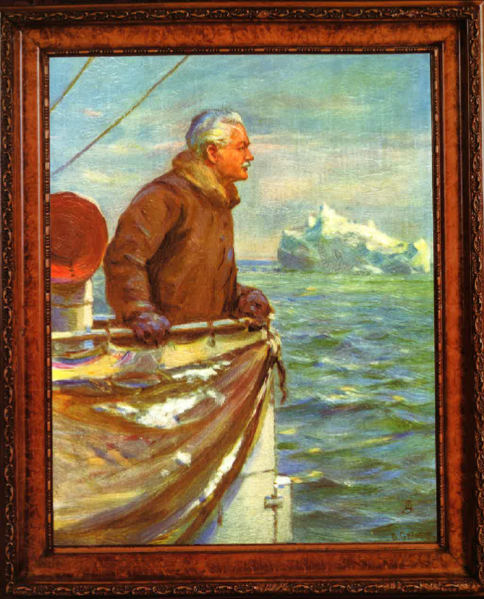 Evangelical Christianity in the late nineteenth century generated a number of missionaries of “muscular Christianity,” which championed body and spirit. None was more typical and more well-known in his day than Wilfred Grenfell, missionary doctor to Labrador.

“Life is a field of honour”

Grenfell was born in Parkgate, Cheshire, in southwestern England and raised in the upper middle class values that equated Church of England membership with being an English gentleman. He trained as a physician at London Hospital and London University and was mentored by the eminent Christian surgeon Sir Frederick Treves. Toward the end of his studies, Grenfell happened upon a tent meeting in London conducted by American evangelist D. L Moody. He was struck by Moody’s good humour and even more by his challenge to follow Christ in active, courageous service: “I seemed to have suddenly waked up and to be viewing from outside the life which before I just took for granted as it came.”

Grenfell was not quite ready to accept the challenge, but soon after the tent meeting he attended a public meeting featuring the testimonies of the Cambridge Seven – famous student athletes who had become missionaries to China. These were muscular Christians indeed, men of deeds and not just words and of the same class and talent as Grenfell himself. At the close of the meeting, when the speakers called upon those who had made a decision for Christ to stand, Grenfell stood. His practical attitude to the event is evident: “This step I have ever since been thankful for …. The decision to fairly try out that faith, which has challenged and stirred the ages, in the laboratory of one’s own life, is, I am convinced, the only way to ever obtain a fixed heart on the matter. The prize is to be won, not swallowed.” Grenfell was much encouraged as he saw his medical colleagues get over their initial sneering at his new enthusiasm. They did so, he wrote, “when they realized that religion made one do things.” 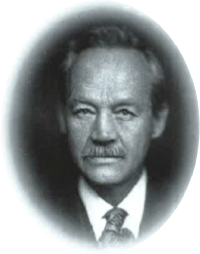 Grenfell’s mentor, Sir Frederick Treves, helped him turn his practical attitude into a needed, albeit unusual, ministry on the Atlantic. Treves, an expert mariner, suggested to Grenfell – the descendant of navy men in Devon and Cornwall and himself a skilled sailor – that he serve on the Atlantic with the Royal National Mission to Deep Sea Fishermen. Soon, Grenfell’s medical services complemented the floating libraries, clothing stores, and chapels sent out on mission ships to compete with the brothels and saloons located at fishermen’s ports of call and on other vessels known as “hells.”

In 1892, after five years with the mission, Grenfell visited Labrador and resolved to devote his life to alleviating the misery of the poor folk he found in wretched shanties up and down the rugged coast. Food was scarce much of the time, loneliness endemic, and hygiene at a very low level. Grenfell realized that a broad program of relief was necessary to respond to such a wide range of problems.

Grenfell was a natural speaker and always ready to testify to the gospel, whether before a large audience or a single, troubled fisherman. Early in his medical work in Labrador, he held simple services during which he would rely on remembered scripture passages and sermons that he had heard from his father. Numerous persons were converted or strengthened in faith through his counsel.

But Grenfell’s faith was more a matter of practice than of doctrine or spiritual experience. Late in life, he wrote that “Christ’s religion to me is primarily for this world, and the New Jerusalem is to come down from Heaven onto this earth and we are to be the Washingtons and Nelsons. We are to save that city – and we are to have all the fun of really creating it.” Although his trust in the atonement of Christ was basic, his evangelicalism was not the doctrinal precisionism of fundamentalism or the emotionalism of revivalism. Instead, it was the practical reformism of a social gospel anchored in orthodoxy.

Grenfell recognized especially people’s physical and social needs, and he inspired other Christians to support his work. Many came out to join him, short and long term, in serving the desperate and the poor of Newfoundland and Labrador. His over forty years of labour helped produce six hospitals, seven nursing stations, four hospital ships, four boarding schools, twelve clothing distribution centres, about a dozen cooperative stores, a cooperative lumber mill, a dry dock, and a YM/WCA. He developed cottage industries to broaden the economic base of the fisher folk and to give them useful work year-round. He also broke the stranglehold of traders who controlled all the goods coming into Newfoundland and who extorted inflated prices for them from the inhabitants. Beyond this, Grenfell’s practical vision extended also to directing the first mapping of the treacherous and beautiful Newfoundland coast.

D. L. Moody had convinced Grenfell that “loyalty to a living leader was religion, and that knightly service in the humblest life was the expression of it.” Christ, Grenfell was fond of saying, was not a theological subject to be understood, but an admirable champion to be followed. With his unswerving confidence in God, Christianity, and Victorian civilization, Wilfred Grenfell put that lesson into decades of dramatic action.

With the help of his American wife, Anne MacClanahan (whom he married in 1909), he authored more than thirty books and devoted many of his later years to fund-raising tours of Britain, Canada, and the United States. Bluff, confident, passionate, and impressive, Grenfell left a lasting mark on his audiences, and his work brought him international acclaim. Among other honours, he was made Oxford University’s first honorary doctor of medicine in 1907 and was knighted in 1927. The International Grenfell Association continues his work to this day.

Grenfell died in Vermont, but his ashes were deposited near the site of the first hospital that he helped found, in St. Anthony, Newfoundland. A brass tablet, without any conventional Christian symbolism, is inscribed simply with his name, a date, and a summation of his view of Christianity: “Life is a Field of Honour.”