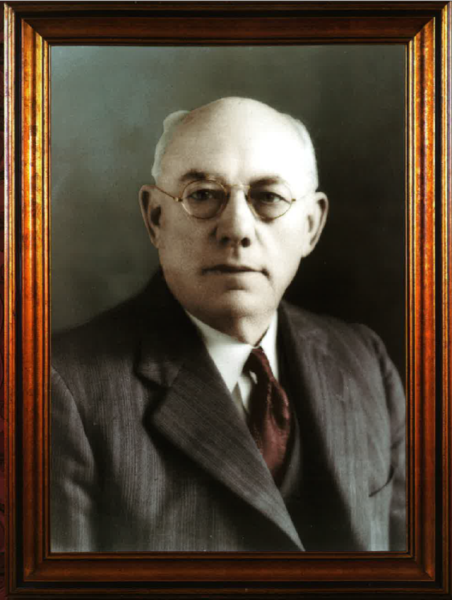 Robert Edward McAlister played a foundational role in the early growth of the Pentecostal Assemblies of Canada (PAOC), the nation’s largest Pentecostal denomination. His labours as an evangelist, pastor, organizer, teacher, writer and missions promoter helped the PAOC grow from twenty-seven churches in 1919 to over one thousand today.

“Lifelong desire to bring people into a personal relationship with Christ.”

McAlister was born in the Ottawa Valley near Cobden, Ontario, one of thirteen children born to James and Margaret McAlister, who were Presbyterians of Scottish descent. Robert left school after the third grade to help on the family farm. Aided by a photographic memory, he educated himself so well that he later became renowned for extensive doctrinal writings. He would strap his Bible to the plough and memorize long passages while he worked the fields. In later years, he became known as the Walking Bible, often reciting lengthy passages of Scripture as he preached.

In the late 1880s, the Ottawa Valley came under the influence of Ralph C. Horner, a fiery Methodist evangelist. Horner’s brand of holiness religion was welcomed by the Methodist church in Cobden, and when he was expelled from the denomination in 1895 that church became a branch of his Holiness Movement Church. It was in that church that McAlister converted to Christ around 1900. Sensing a call to the ministry in 1901, he entered God’s Bible School, a small Holiness college in Cincinnati. Poor health during his second year of studies forced his return home. After his recovery he began preaching for the Holiness Movement Church instead of returning to school.

In 1906, McAlister learned of the events taking place at a small mission on Azusa Street in Los Angeles. People were experiencing spiritual phenomena similar to those on the day of Pentecost as recorded in the second chapter of Acts. They were speaking in unknown languages and witnessing miracles of healing. McAlister travelled by train to Los Angeles and went to the warehouse where the continuous services were in progress. He experienced what Pentecostals call the Baptism with the Holy Spirit, the hallmark of the Pentecostal movement. This definitive receiving and releasing of the power of the Holy Spirit includes speaking in tongues and imparts a dynamic ability and fervent desire to share the gospel with others. McAlister was among the first Canadians to receive the Pentecostal experience. The remainder of his life provided ample demonstration of the effects of his encounter with the Holy Spirit at Azusa Street. He passionately devoted his energies to bringing people into a joyous personal relationship with Jesus Christ. 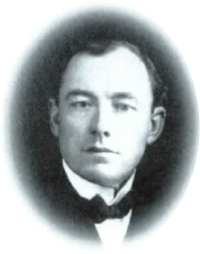 Back in Canada, McAlister shared his new blessing. From his base in the Ottawa Valley, he travelled extensively in the United States and Canada, holding evangelistic meetings and teaching at Pentecostal conventions. Soon, churches were established in Ottawa and a number of other communities.

Founding the Pentecostal Assemblies of Canada

In 1911, McAlister began his career as a religious writer and publisher. He started a small paper, the Good Report, that contained accounts of Pentecostal conventions, testimonies of physical healings, conversion stories, and articles on the teachings of the Pentecostal movement. In the first issue, McAlister articulated the central characteristics of the movement. He stated that the Pentecostal movement was a restoration of the teachings and practices of the New Testament Apostles and was a “soul-saving agency in the hands of God.” McAlister further claimed that it was a missionary movement intent on evangelizing the world, with no human founder, and completely centered upon Jesus Christ.

By 1917, the need for a formal structure to unite Pentecostal churches across Canada had become evident. Discussions among key leaders led to McAlister and six other ministers being granted a federal charter incorporating the Pentecostal Assemblies of Canada in 1919. McAlister’s prominent role in forming the new organization is reflected in his serving as its first general secretary (1919-1932), and, at the same time, as its first missions secretary and in the dozens of resolutions that bear his name in the organization’s official minutes. All of this was in addition to his pastoral duties.

In 1920, McAlister also founded the Pentecostal Testimony, a publication that still serves as the official organ of the PAOC. During his fifteen years as its editor, McAlister wrote expositions of Christian doctrine, warned of the dangers that threatened the fledgling movement, and promoted the cause of missions.

Two years later, he accepted an invitation to become the pastor of a thriving Pentecostal assembly in London, Ontario. Within three years, a larger church was built only to be expanded two years later.

McAlister was a caring shepherd and powerful Bible teacher. He demonstrated his emphasis on evangelism by beginning a daily radio broadcast in 1934 that aired for fifteen years. His program was instrumental in starting new churches in several Ontario towns, including Chatham, Blenheim, Dresden, and Ridgetown. Under McAlister’s teaching and with his personal encouragement, dozens of young men and women entered the ministry as evangelists, pastors, and missionaries, influencing communities worldwide.

In October 1940, after nineteen years of fruitful ministry in London. McAlister resigned his pastorate and moved to Toronto. His remaining years were spent in itinerant teaching and preaching, including an extensive campaign from 1948 to 1952 to combat doctrinal controversies that threatened to divide the PAOC. This latter role further enhanced his reputation as a Pentecostal theologian.

McAlister’s lifelong desire was to bring people into a personal relationship with Christ. His nephew Eric Mclean recalls that while visiting McAlister, who had been admitted to hospital with heart problems in late September, 1955, he learned his uncle had just shared the gospel with his roommate, leading the man to Christ. By the time Eric returned home from the hospital, McAlister had died.

The Pentecostal movement in Canada is the work of many dedicated pioneers, such as Andrew H. Argue, George A. Chambers, and Alfred G. Ward. But no one is better qualified to be called the father of Canadian Pentecostalism than Robert Edward McAlister.