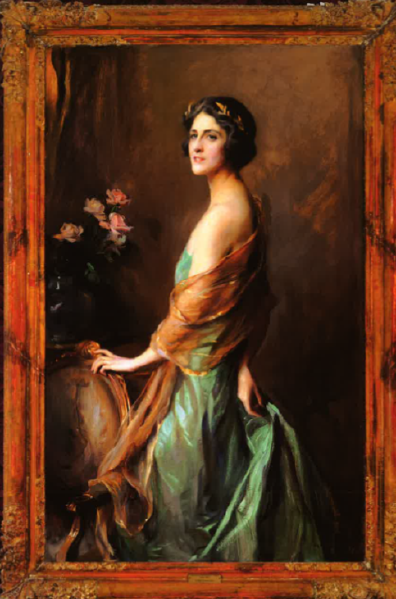 Pauline Vanier was born in Montreal in 1898. She was the only child of Charles Archer, a Quebec Superior Court judge, and his wife, Thérèse de Salaberry, whose seigneurial ancestors had come to Canada in 1730.

“Faith, far from being outmoded or old-fashioned, imparts a beauty, a richness, and a radiance that can be found in no other source.”

Pauline’s early studies in Montreal’s Sacred Heart Convent gave her a strong religious foundation, and her subsequent readings with a worldly-wise tutor of English and French literature developed her lively mind and insatiable curiosity. She early contemplated becoming a nun, but when the First World War broke out she immediately applied to join the army, as a foot soldier. Unsuccessful, she secretly enrolled in a nursing course and to her parents’ dismay accepted a job at a military convalescent hospital, where she laboured long hours until the war’s end.

She was in her early twenties when she was introduced to Georges Vanier, a dashing and much-decorated war hero of the Royal 22nd Regiment. She was immediately attracted to him, chiefly because his spiritual sensitivities were so closely tuned to hers. Pauline and Georges were married in 1921 and moved to the Canadian army staff college in Kingston shortly before Viscount Byng, Canada’s newly appointed governor-general, invited Georges to join his staff at Government House as an aide-de-camp.

Pauline was the perfect helpmate as they moved to postings in Geneva, London, and Paris. In every new location, she set up a warm comfortable home, entertained with grace and dignity, and channelled her enthusiasm and compassion to dozens of social causes.

It was her escape in 1940 from wartime Paris to London with their four children, however, that gave Pauline a chance to show her courage and complete trust in God. With the Germans rapidly overrunning France, Georges insisted that she and the children leave Paris in the Vanier automobile. Every road south was jammed with refugees, who were being repeatedly machine-gunned by German fighter aircraft. Suddenly, an enemy airplane crashed beside the road just ahead of Pauline’s car. Her reaction to her would-be assassin’s plight was typical. She leapt from her car and ran to the smoking wreck hoping to drag the pilot to safety. Alas, he had died in the crash.

When Pauline and the children finally reached Bordeaux, they boarded an aging tramp steamer for a harrowing five-day journey to Britain. There, they were reunited with Georges just in time to endure some of the most devastating bombing of the blitzkrieg.

When Paris was liberated in August 1944, Georges, now confirmed as Canada’s ambassador to France, was the first accredited diplomat to arrive in the city. But the French capital was still considered too dangerous for women civilians. Undaunted, Pauline persuaded Canadian Red Cross officials to allow her to be their representative in France. She then borrowed an ill-fitting uniform and hitched a ride to France on a military plane departing from London, becoming the first diplomat’s wife to reach Paris.

Once there, she set to work to help handle the daily flood of returning refugees. She organized the wives of the diplomatic community to set up welcoming centres at the main railway station, she established an information network to reunite refugees with their families, and she helped French priest Abbé Pierre set up housing and workshops for the homeless. It was sixteen months of consuming, exhausting work before she could return to the normal life of ambassador’s wife. A grateful French government awarded her the Légion d’Honneur for her Herculean efforts. 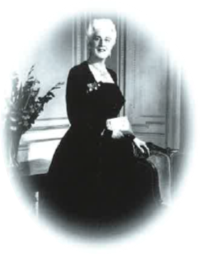 When Georges was named governor-general in 1959, Pauline, a tall, striking figure with snow-white hair, would become one of the most memorable First Ladies this country has ever known. She jumped into her new role with energy and fervour as the vice-regal couple criss-crossed the land visiting hospitals and schools, factories and prisons. “She was,” noted Prime Minister Lester Pearson “one-half of a perfect partnership in the service of Canada.”

Vanier Institute of the Family

Of all the causes she espoused, none was more important to her than the welfare of the family. So, in 1964 she and her husband convened the first Canadian Conference of the Family. The opening ceremony was unique in Canadian history: on the Vanier’s initiative, the leaders of seventeen different religious communities were asked to draft a benediction that they could all endorse. Out of this conference sprang the Vanier Institute of the Family, whose research work continues today.

After her husband’s death in 1967, Pauline moved back to Montreal. In addition, she served as the chancellor of the University of Ottawa, in whose affairs she showed a keen interest. At her investiture, she shared her idealistic and ecumenical hopes for the university’s future. “The realm of justice and gentleness should prevail,” she said. “The true Christian spirit looks upon all spiritual values, of whatever source, as part of the divine treasure entrusted to mankind by the Creator.…Faith, far from being outmoded or old-fashioned, imparts a beauty, a richness, and a radiance that can be found in no other source.”

In spite of such challenging commitments, Pauline felt emptiness in her life. After a two-week retreat with “my dear little sisters” at a Carmelite convent, she made a decision that startled many of her friends: though already seventy-three, she would move to France to join her son Jean, who had founded l’Arche, a community north of Paris for mentally handicapped adults. It was there that she found the perfect outlet for her warmth and compassion. Surrounded by some two hundred mentally handicapped men and women and as many young assistants from around the world, she quickly became a beloved grandmother to the whole community.

Pauline made many contributions to l’Arche. When she recognized that English-speaking assistants missed worshipping in their own language, she transformed her sitting room into a small chapel. There, she placed on a table a Bible, a silver cross, and a tiny candle and every week for almost four years welcomed several dozen assistants of all faiths to informal prayer meetings. “She offered a special moment of being home, a respite from a different culture, a quiet reassurance,” recalled Sister Sue Mosteller, a long-time member of l’Arche. “Above all, she offered spiritual safety to so many people. You felt refreshed by having been there. Indeed, many people’s lives were transformed by those meetings.”

Pauline Vanier lived a full and fulfilled nineteen years in the l’Arche community, where she was active until the last day of her life. She died in 1991, a few days short of her ninety-third birthday. As Globe and Mail writer Michael Valpy observed: “Pauline Vanier invested her entire life with love, humour, service, compassion, and spiritual questing.”