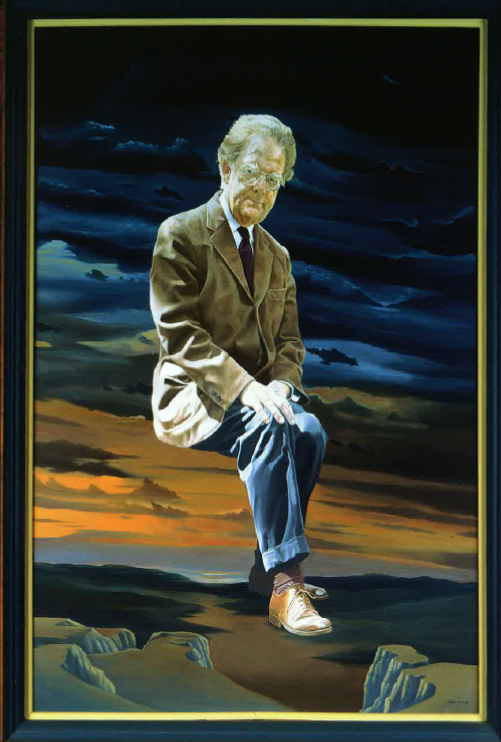 Northrop Frye, one of the country’s most eminent thinkers, devoted his life to a study of literature and culture that was deeply rooted in the Bible. He was born in Sherbrooke, Quebec, in 1912, the son of devout Methodists. Frye’s maternal grandfather was a preacher who moved from parish to parish in eastern Ontario and the eastern townships of Quebec. The family’s religious background encouraged an attitude that Frye later defined as “Protestant, radical and romantic.” In particular, his mother’s inculcation of Methodist views, combined with her liberal encouragement of artistic pursuits, did much to sow the seeds of the progressive social vision so essential to Frye’s understanding of literature. “In Methodism,” he would write at the end of his life, “there was an emphasis on religious experience as distinct from doctrine and on very early exposure to the story element in the Bible. Such a conditioning may have helped to propel me in the direction of a literary criticism that has kept revolving around the Bible, not as a source of doctrine but as a source of story and vision.”

“Now religion and art are the two most important phenomena in the world …. They constitute, in fact, the only reality of existence.”

On graduation from high school in Moncton, where the family had settled, Frye won a scholarship to a local business college. However, in 1929, at the age of seventeen, he took advantage of a typing contest that included a free trip to Toronto and while there entered Victoria College, the United Church college at the University of Toronto.

After completing his bachelor of arts in 1933, Frye remained in Toronto to study theology at Emmanuel College. His growing interest in literature, however, drew him away from a calling as a parish minister. Moreover, his experience as a student minister in summer 1934, when for five months he served on the Saskatchewan prairie, made it painfully clear to him how unsuited he was to be a clergyman, although he would proceed to ordination and preach upon occasion.

The most important factor in Frye’s shift to literature was William Blake. “I date everything,” he said in an interview at the end of his life, “from my discovery of Blake as an undergraduate and graduate student.” He described a moment of insight that he had while writing a paper on Blake’s Milton, when “suddenly the universe just broke open, and I’ve never been, as they say, the same man since.” At the centre of Blake’s vision, as Frye saw it, was the expansive energy and consciousness belonging to an imaginative vision of reality, a faith in the power of the arts to “show us the human world that man is trying to build out of nature.” 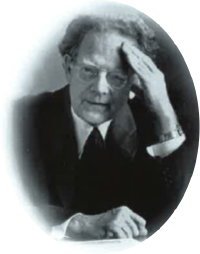 After his ordination as a minister in the United Church of Canada in 1936, Frye travelled to England to study English literature at Oxford University. In summer 1937, back in Canada, he married Helen Kemp, an art student whom he had met in his second year at Victoria College. Frye then taught for a year at Victoria College before completing his degree at Oxford. He returned to Toronto in fall 1939 to begin teaching as a member of the permanent staff at Victoria College. Princeton University Press published his first book, Fearful Symmetry, a study of Blake, in 1947. The success of the book established Frye as a major scholar and consolidated his growing reputation at the University of Toronto. Frye was to become the chairman of the Department of English (1952), the principal (1959), and finally, the chancellor (1978) of Victoria College.

By the time Frye had finished his book on Blake, he was well on his way to outlining a global framework for understanding “the whole of literature as an order of words, as a potentially unified imaginative experience.” This became the vast subject of his Anatomy of Criticism. That book’s four essays appeared ten years after Fearful Symmetry and set out the framework of the interpenetrating contexts in which literature might be understood. One hundred thousand copies of Anatomy would be sold over the next twenty-five years – an astonishing number for a work of scholarship. The book made Frye the most important literary critic of his generation. In following years, Frye was to write more than twenty books on subjects from Western literature and culture to social thought.

In the mid-to-late 1960s, Frye shifted his focus to the theory of culture and society. He began to articulate what he called the myth of concern, the idea that “myths are expressions of concern, of man’s care for his own destiny and heritage.” Frye believed that the human identity we should be concerned about “is the one that we have failed to achieve,” that “is expressed in our culture, but not attained in our life.” He identified culture with the creative works of the human imagination, found in poetry, literature, film, and art.

Frye’s pursuit of the myth of concern culminated in his two books on the Bible. In 1981, his long-heralded The Great Code appeared. A decade later, in fall 1990, Words with Power was published. In both books, Frye pursued the idea that the basis of faith is imaginative, not doctrinal, that myths and metaphors are the verbal forms taken by the divine proclamation that comes from God to human beings. Literature may incorporate “our ideological concerns, but it devotes itself mainly to the primary ones, in both physical and spiritual forms: its fictions show human beings in the primary throes of surviving, loving, prospering, and fighting with the frustrations that block these things.’”

Only months after the publication of Words with Power, Frye entered the hospital to be treated for cancer. He died suddenly of heart failure in January 1991 at the age of seventy-eight.

Essential to Frye’s intellectual focus throughout his career was a crucial insight: that the Bible, understood as the word of God, was accessible only through the human imagination. At the youthful age of twenty-two, he wrote a letter to Helen Kemp that offers an eloquent summation of what even then he regarded as the substance of his life: “I propose spending the rest of my life … on various problems connected with religion and art. Now religion and art are the two most important phenomena in the world; or rather the most important phenomenon, for they are basically the same thing. They constitute, in fact, the only reality of existence.”