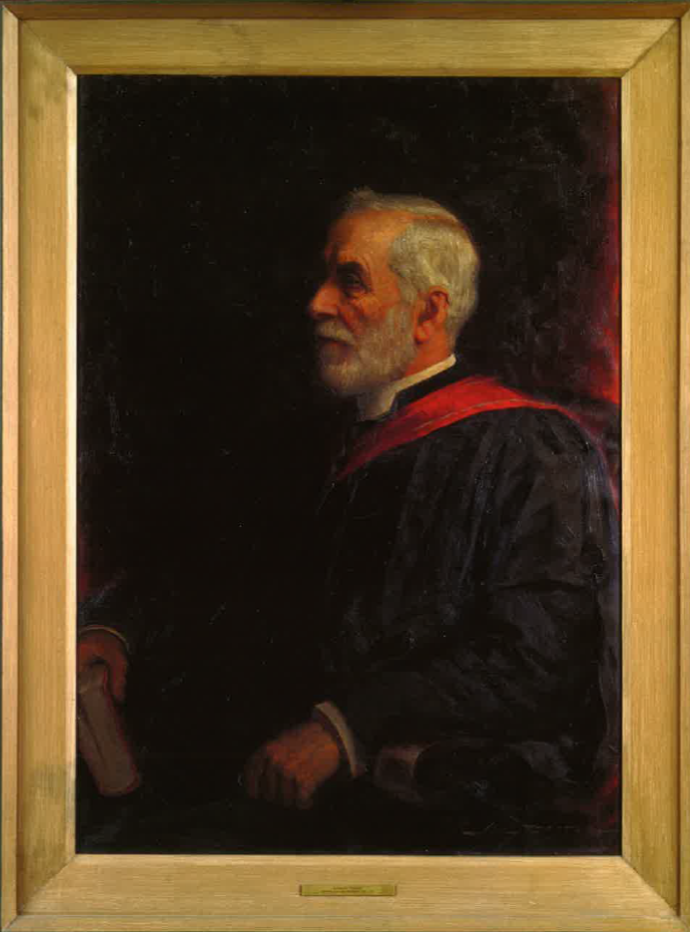 Students spoke of him as an “evangelical mystic,” but during his long tenure from 1887 to 1915 as the chancellor of Canadian Methodism’s Victoria College, Nathanael Burwash managed to balance an intense piety with rcnowned skills as a negotiator and administrator. He was one of the principal forces behind the Ontario university federation movement of the 1880s whereby Victoria College moved from Cobourg to become a federated college of the University of Toronto. Two decades later, in 1902, when negotiations for union began among the Presbyterians, Methodists, and Congregationalists, Burwash chaired the committee on doctrine that framed the statement of faith for the proposed United Church as his denomination’s leading theologian. He then tirelessly defended church union until its acceptance in 1912. In keeping with an optimistic, postmillennial reading of history that saw Methodism at the vanguard of spiritual and moral progress, Burwash considered university federation and church union to be part of a wider goal – to permeate Canadian pubhc life with the force of evangelical Christianity.

“No man in Canadian Methodism has influenced and guided the thinking of the ministry to so great an extent.”

Burwash was a fourth-generation Canadian whose family had moved to Quebec shortly after the American Revolution. He traced his evangelicalism to his parents, Adam Burwash and Anne Taylor. As young people, they had converted to Methodism during the revivals that swept the St. Andrew’s area northwest of Montreal in the 1820s and 1830s. His mother was raised in the Church of Scotland, and as a former school teacher she thoroughly instructed her six sons in the Christian faith, using the Shorter Catechism of the Westminster Assembly of Faith, supplemented by what she considered to be the essence of Methodism: the constant need to repent and to ask divine forgiveness. For Nathanael. the eldest, her emphasis would have significant results. Later, as a theologian, he would react strongly against the liberalization of North American Methodist thought, which began to replace the need for conversion with religious nurture. His adherence to evangelical theology would, in turn, favour theological rapprochement with the Presbyterians during the church union negotiations. A second and equally important influence can be traced to his college education. In 1844, his family moved to a farm near Cobourg, Ontario, the home of Victoria College, where Burwash enrolled in 1852 to prepare for the ministry. Stretching over an eight-year period, first as a preparatory school student and then as an undergraduate – with a brief break at age sixteen for a year of school teaching to supplement the family income – Burwash’s college education laid the groundwork for his spiritual and intellectual development. In 1853, he underwent conversion at a college revival, an experience that, thanks largely to the enlightened leadership of Samuel Nelles, Victoria’s principal from 1850 to 1887, he was able to integrate into the broad Christian principles that shaped the college curriculum of the period. As a result, learning and piety were never compartmentalized, and in time both helped to inform Burwash’s response to the evolutionary teaching of Charles Darwin, and to the new “higher criticism” of the Bible, two of the severe challenges to the Christian faith in the nineteenth century. 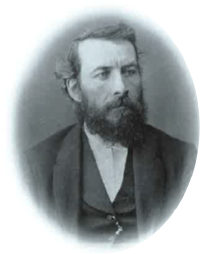 The unsettling impact of those challenges was already apparent in the 1860s during Burwash’s brief pastorates in Newburgh, Belleville, Toronto, and Hamilton. These were unusually prestigious stations for a young minister and were indicative of the church’s desire to place its college-educated ministers in Canada’s growing urban centres. Burwash quickly became involved in educational efforts to reach Methodist young people and also forged valuable contacts with wealthy lay people, some of whom would become benefactors of Victoria College. His work convinced him of the need for Methodism to move from its practice of ministerial training on the circuit to a college-educated ministry capable of providing intellectual leadership in a more sophisticated age.

To this end, Burwash accepted an offer to fill a vacancy at Victoria College in natural science in 1866, hoping that this might lead to the establishment of a faculty of theology. When this did occur in 1873, he was appointed the dean of theology, a position for which he had prepared himself by taking the exam for a bachelor of divinity degree at the Methodist Garrett Biblical Institute in Evanston, Illinois, later followed by a doctorate in sacred theology. Deeply concerned to ensure a balance between religious faith and scientific thought, he applied the inductive or Baconian method to the study of Scripture and to the nurture and analysis of the spiritual life of the theological student in practical theology with the help of John Wesley’s sermons. His commentary on Wesley’s sermons was published in 1881, followed in 1887 by his Handbook of the Epistle of Paul to the Romans and in 1900 by a two-volume Manual of Christian Theology on the Inductive Method. Although the latter was studiously non-sectarian in language, it was unmistakably Wesleyan in its theological emphasis.

The central role of Wesleyan spirituality in Burwash’s teaching and scholarship enabled him to take a more receptive attitude to the new biblical criticism. Because of its emphasis on religious experience, Methodism was less prone to the extremes of fundamentalism and modernism than those branches of Protestantism for which Christianity hinged on the infallibility of the Bible. Not without controversy, hut largely because of Burwash’s insistence that doctrine was derived not just from Scripture but from four co-ordinate authorities: the Bible, reason, tradition, and “the inner light which is given to every true Christian,” Methodists voted in 19l0 to accept the teaching of the new biblical criticism in their theological institutions.

Shortly thereafter, in 1915, Burwash resigned as the chancellor of Victoria College. He nonetheless continued to teach church history there and devoted himself to chronicling the history of Methodist higher education in A History of Victoria College, published posthumously. Burwash died in 1918 after a brief illness, increasingly disillusioned by perceived social and moral decline in Canada and by the First World War. One of the most apt evaluations of his long career appeared in the Globe the day after his death: “No man in Canadian Methodism has influenced and guided the thinking of the ministry to so great an extent.”