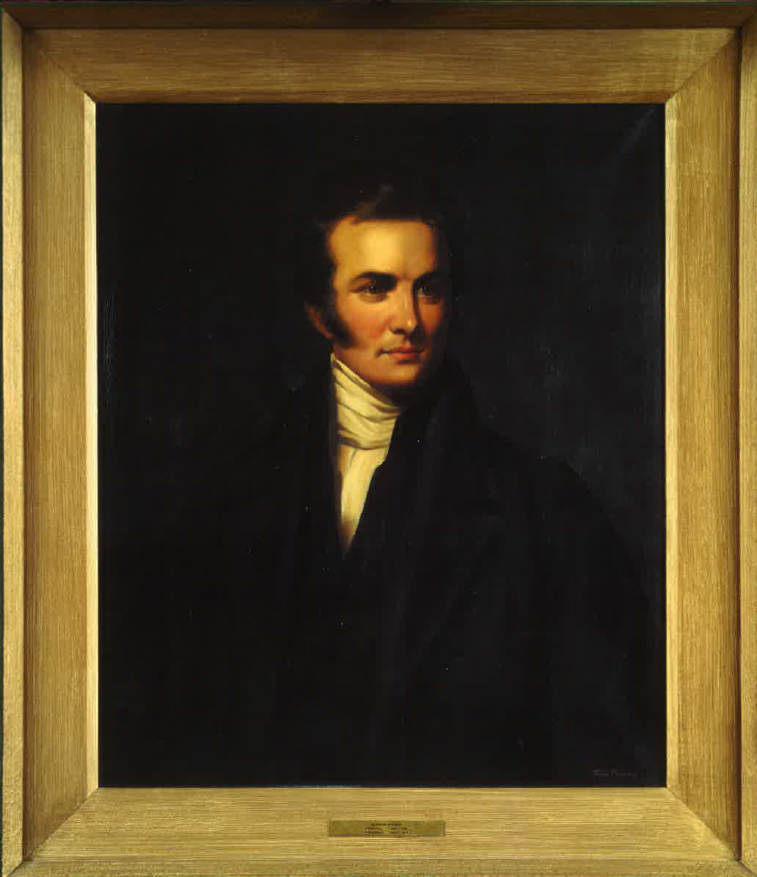 In midlife, Egerton Ryerson shifted from Methodist minister to civil servant and established a system of public education in Ontario that became a model for other English-speaking provinces. By the age of forty-one, he had served as a revivalist preacher, acted as the chief debater for the Methodists, learned five languages, been the editor of a prominent newspaper, received an honourary doctorate, and been appointed the superintendent of education for Upper Canada.

Ryerson was born into a prominent United Empire Loyalist family that was among the first settlers in Upper Canada’s Long Point region. His early years were spent working in the fields on his father’s farm, with intermittent attendance at the district schools in nearby Vittoria and Hamilton. His teachers and his voracious reading equipped him to become a highly effective speaker and writer—skills that would be indispensable in the years to come.

His father wanted him to remain on the farm, while others encouraged him to become an Anglican clergyman. Ryerson considered becoming a lawyer, but, along with his mother and brothers—four of his five brothers also became Methodist ministers—he was caught up in an evangelical revival. On his twenty-second birthday, he wrote: “I have decided this day to travel in the Methodist Connexion and preach Jesus to the lost sons of men.” Ten days later, he preached his first sermon, and in 1825 he became a circuit rider, as the horse-riding, black-frocked itinerant Methodist preachers were called. From a circuit, Ryerson was assigned to an Indian mission. He was ordained in 1827 and remained a Methodist minister for the rest of his life. 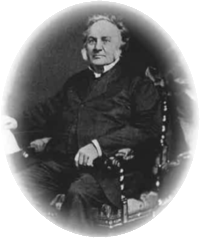 Ryerson believed that his primary task was “to make men Christians—Christians in heart and life, in temper, word and work.” Almost immediately, he made a name for himself by defending the Methodist cause against the Reverend John Strachan. As the leading Anglican clergyman in Upper Canada, Strachan had laid exclusive claim on behalf of the Anglican church to the Clergy Reserves—the tracts of public land set aside for the support of Protestant clergy. Ryerson’s skillful rebuttal of Strachan’s claim impressed his fellow Methodists. Thus, when the newly independent Methodist Conference decided in 1829 to publish a newspaper, the Christian Guardian, Ryerson became the editor and continued to defend the equal rights of all denominations. Although he preached frequently, after 1829 Ryerson served his church and his community primarily as a journalist (he was the editor of the Guardian intermittently from 1829 to 1840); educator; and as an educational administrator.

In 1841, he became the first principal of Victoria College in Cobourg. In his inaugural address, he stressed that the college would have a balanced curriculum, infused with “the fundamental principles of Christian theology” Ryerson further stated that “youth should be furnished with right principles, as well as with right knowledge … the first requisite is the religious and moral knowledge of right and wrong: the next is an acquaintance with the history of mankind.”

In 1844, he was appointed the superintendent of education for Canada West (Ontario). He began with “the prospect of seeing … every child of my native land in the school going way … and of witnessing one comprehensive and unique system of education from the a.b.c. of the child up to the matriculation of the youth into the provincial university … which would present an aspect of equal benignity to every sect and every party upon the broad basis of our common Christianity.” He achieved his goal when the Legislative Assembly of Ontario passed the School Act of 1871 and universal education became an accomplished fact, resulting in a well-ordered school system in which elementary education was free and compulsory attendance would soon become the norm.

The role and the curriculum of the grammar schools had been redefined, and the foundations of a free secondary school system also had been laid. The students used textbooks in which Christian values and loyalty to the constitution were included (Ryerson wrote the textbook First Lessons in Christian Morals in 1871). And they were taught by instructors who met improved certification criteria. Despite Ryerson’s conviction that Christian ideals could be taught on nondenominational lines, he had reluctantly concluded that it was politically impossible to prevent the growth of Roman Catholic schools and had helped to enact legislation defining their position within the provincial system. Ryerson, moreover, a tireless and methodical administrator, developed his department into “the first effective social service bureaucracy” in Ontario. In 1876, the Department of Education became a ministry, and Ryerson retired from the superintendence, his work completed.

From 1874 to 1878, he was the first president of the General Conference of the Methodist Church of Canada. As a Methodist minister and as a civil servant, he clearly articulated the values that he believed should shape the development of Ontario and Canada and strove to put them into practice. Ryerson believed that the inhabitants of his province and, indeed, that all British North Americans had the right to civil and religious liberty, that church and state should be kept separate, and that all citizens should be free from religious discrimination. Such convictions led him to play an active part in the protracted church-state controversy in Ontario. His liberal position on this issue was balanced by his attachment to Britain and the constitution. Ryerson stressed as well that factional politics degraded government and that free and independent legislators were a vital necessity in the political system.

Ryerson’s last years were devoted largely to the completion of a two-volume history, The Loyalists of America and Their Times. His autobiographical The Story of My Life was published posthumously in 1883. His enduring legacy, however, was the Ontario school system—a system that enabled every child to acquire essential knowledge and skills and to experience a climate of opinion informed by the Christian and British values of Ontario society and that “would become … a model for most of English-speaking Canada.”

Egerton Ryerson died in February 1882 in Toronto. Ontario united with Methodism in honouring his life and work. His conviction was that he had tried, “however imperfectly,” to serve God. As a minister, polemicist, writer, and tireless civil servant, he had sought tenaciously to inculcate in his community a fuller understanding of the import of its political, cultural, and religious traditions and a firm commitment to perpetuate them through its schools and colleges. In so doing, he was faithful to the spirit of Methodism and exemplified the authority and the meaning of Christian commitment.